Errol Flynn is on his schooner THE ZACA and battles with his young handsome biographer, his hated mother, loving girlfriend, his demons, and addiction: so you can be sure of verbal fireworks, fencing; hilarious and dramatic - the play never lets up. It also shows the reflective gentleman who would have rather been a writer than an actor.

This play has adult language, themes, and scenarios. The set by Eileen Aldous and lighting by Stuart Brindle will make the show totally immersive - with a boat in between the audiences and a surround sound environment by Jack Burman.

See this World premiere prior to a National Tour. Karen Lynne is an acknowledged expert and consultant on Flynn. Previous plays include: COME DANCE WITH ME, NEVER GOODBYE, SING AS WE GO.

Trained at the Royal Academy of Dramatic Art. Gary is probably best remembered for playing ‘Carlos Diaz’ in Yorkshire Television’s Emmerdale and the evil ‘Nathan Blake’ in Hollyoaks - Let Loose. Most recently he has played Sy Specter in The Bodyguard 2018-20 touring the UK and the world. Strictly Murder, which toured the UK for Hello World productions and is due to be turned into a major feature film next year. Other recent National tours include Dr Jekyll in Jekyll and Hyde. Also a very keen improviser and is one of the founder members of: “The Spontaneity Shop Impro Company" performing regularly all over the UK and the world having also filmed a pilot Dreamdate for ITV.

Trained at The Hunt Academy for Young Actors and E15 Acting and Stage Combat where he recently graduated with honours. He teaches Movement, Combat, and Acting, as a staff member at The Hunt Academy. Now having founded a touring Stage Combat academy he travels around the country under the banner of the “Wandering Knights” teaching stage combat. So expect a fierce fencing routine!

Érin’s career began in 1966, when she was chosen to dance in a film with Julie Andrews. More than five decades later, her screen work includes three years as one of the leads in BBC's "ANGELS"; “NIGHTY NIGHT”; “BIRDS OF A FEATHER”; and “KNIGHTMARE” (Both Anglia TV). Stage work includes Punchdrunk’s “SMALL WONDERS”; and tours of “HEARTBEAT”; and “KINDERTRANSPORT”. Having lived in East Anglia for many years, her regional work includes “THE MIRACLE WORKER” and "DANCING AT LUGHNASA"(Chelmsford Civic)

Since debuting as ‘Amy’ in ‘Little Women’ at age 11, Sophie had worked extensively in theatre and film as an actor; as well as producing, writing and directing her own work. Theatre Credits include: ‘Juliet’ in Romeo and Juliet, ‘Sorrel’ in Hayfever, ‘Carrie’ in ‘Carrie’s War’, as well as lead roles in new writing plays; ‘The Little Cabaret of Suffragette’, ‘Tomorrow Is Your Hope’ and ‘The Wandering Spectre’. Her film work includes, ‘The Haunted Hotel’ (FilmSuffolk), ‘Dead Dog Returns’ (The Keeper’s Daughter) and ‘Do You Know How Christmas Trees are Grown?’ (TrettFilms).

Trained at New College of Speech and Drama, Graham has had many years working all sides of “the Business” - as actor writer director he has worked everywhere from Opera North as a Principal in a Gershwin double bill OF THEE I SING and LET ‘EM EAT CAKE and the West End in FAME to English Shakespeare Company as Claudius in HAMLET. He has written and co-written many performed plays and directed Sondheim’s SWEENEY TODD with a cast of 45, SING AS WE GO National Tour and more. Film: LOVE”S KITCHEN and EVIL NEVER DIES. TV: KINGDOM. He’s also an expert Hypnotherapist.

Karen is an experienced writer actor singer dancer - appearing in FIDDLER ON THE ROOF West End and Tour with TOPOL, originated roles as CATHERINE COOKSON in TOM AND CATH, GRACIE FIELDS in SING AS WE GO. Phyllis Monkman in THE GOLDEN YEARS OF JACK BUCHANAN. VI in COME DANCE WITH ME.  National Tour of SATURDAY NIGHT FEVER. TV: KINGDOM.

She is an acknowledged expert on Errol Flynn as consultant on Australian Broadcasting documentary. Rory Flynn, Errol’s Daughter, gave the project her blessing. She is also an authority on the Golden Years of Hollywood.

AUTHOR: COME DANCE WITH ME and SING AS WE GO (with Graham), NEVER GOODBYE, A QUESTION OF ERROL FLYNN.

This new play was previously workshopped at the West End Aldwych Theatre  and at Lauderdale House Arts Centre in Highgate, London.

Limited Special Offer: Buy 10 or more at a reduced group rate of £18 per ticket

Explore our website and please help sponsor our work: https://www.missingpiecestheatreshow.co.uk/ 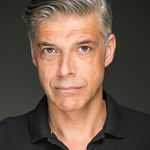 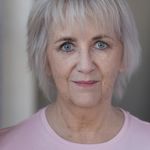 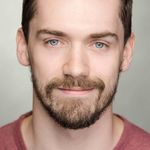 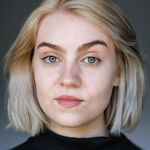