Booming Voices has been a brewing for a while. Back in 2016, when Eastern Angles were first asked to contribute two pieces of theatre to the Broads Authority’s Water, Mills & Marshes project. The idea was to: a) commission Norwich-based playwright Tony Ramsay to write The Tide Jetty. A beautiful production with an evocative script and an atmospheric soundscape by Chris Warner, telling a fictional story of love and land reclamation set on Breydon Water; and b) collect real-life stories and experiences from people who live and work in the Broads to create a documentary-style theatre piece charting the undulating story of local economy, conservation and climate-change set against the distinctly non-undulating Norfolk landscape of water, reeds and grassland. 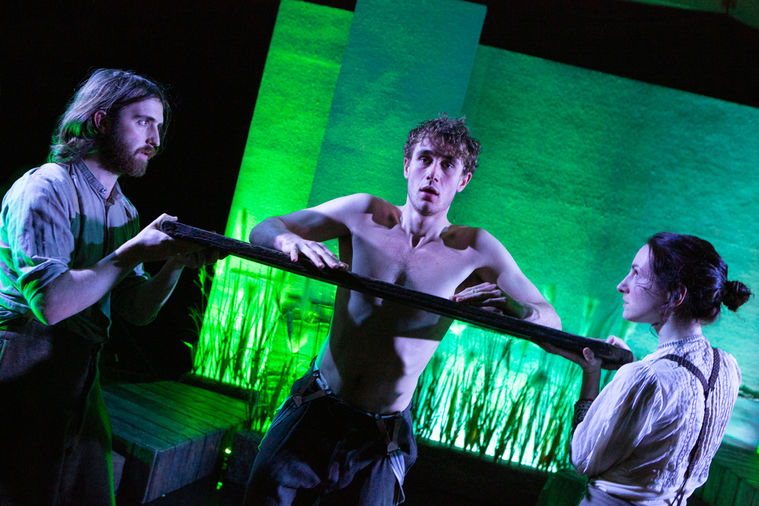 The Tide Jetty toured East Anglia in 2019 and was loved by audiences from Brandeston to Burgh Castle….mission accomplished. A year later, in early 2020, I was asked to start searching for interviewees to contribute to the second production, Booming Voices, a working title that echoed the sound of the iconic Bittern, and seems to have a stuck.

The kernel of the show had already been identified. I’d seen a fantastic folk duo, Jimmy Aldridge and Sid Goldsmith play at the Folk East festival in summer 2017 and knew that Ivan (Eastern Angles’ Artistic Director) would love the Radio Ballad feel to their set, their socially/politically-charged storytelling and the sheer brilliance of their musicianship. Jimmy and Sid came to see some Eastern Angles work, liked it, and agreed to create a Booming Voices soundtrack of folk songs that would knit the future show together. 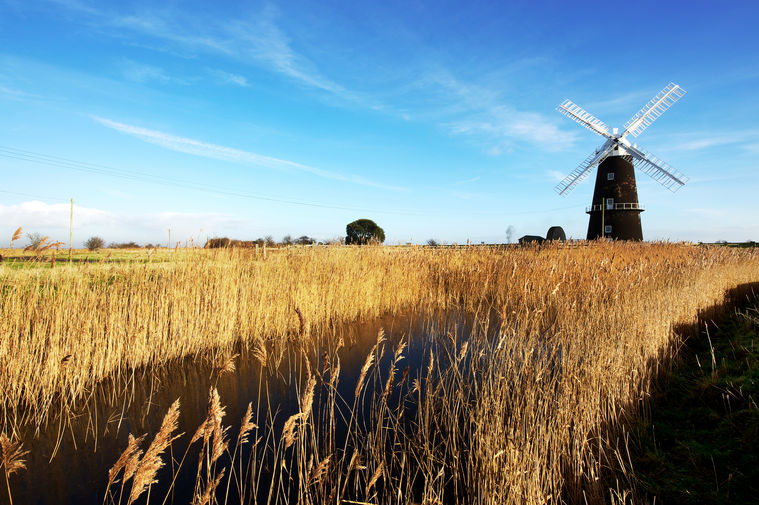 By the time I came on board again, earlier this year, Jimmy had already been busy chatting and gaining song-writing inspiration from boat-owners, scientists and a no-nonsense reed-cutter with a fantastically East Anglian dry sense of humour.

When I first started my research, I’d envisaged jaunts from my home in Charsfield up to the Broads and having jolly face-to-face chats with my interviewees. Eight interviews and three months later, what has actually happened is that my long-distance Zoom and telephone conversations have turned into a series of ‘Lockdown therapy sessions’. A chance for both me and my interviewees to marvel at the way nature has gradually reclaimed space, how birdsong has become more noticeable, and how social distancing has changed both our working and playing patterns.

“All of humanity now knows what it is like to be prey. Humanity hasn’t known that fear for a very long time.”

The sessions have also provided me with a welcome chance to talk to another, non-related human being for an hour and consider some big questions such as global warming, mental health, and why water has such an elemental draw.

Over the next few months, as Lockdown loosens further, I’m looking forward to using my voice recorder to capture more material in a sociable face-to-face style, Jimmy will continue to write his folk-songs and Ivan will work out how to bring all the strands together and assemble the sounds and ideas into a piece of theatre.

But, until the finished production pours out of the creative percolator (hopefully sometime in 2021 -sanitised fingers crossed) here are a few snippets to whet your appetite…

“I have a personal gripe. I live on the Wensum, I was born by the Wensum, I grew up by the Wensum. The Wensum is 15 metres behind my house. I walk along it every single day. The Wensum is the great artery of Norfolk. It drains from North West Norfolk and, just South-East of Norwich, it meets the Yare. The Yare, at this point, is a poxy little river. A beautiful and important river, but by comparison with the Wensum, it’s a tiny little thing. And at that point, where Broadland begins, it becomes the Yare - despite the fact that the greater river is the Wensum. So, I think Yarmouth should be called Wensumouth!” 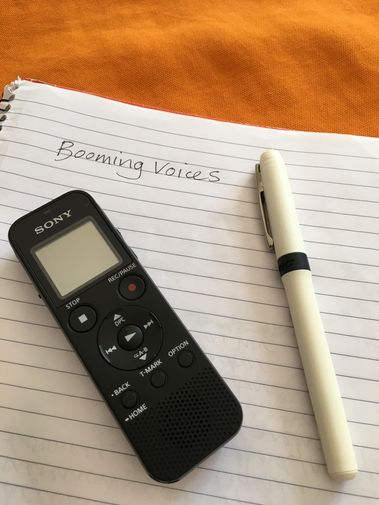 “I used to sail the Norfolk punt a lot with the children, but my problem is now my knees. I don’t know if you have sailed in a punt or not, but they are quite shallow. You sit with your knees very bent. And you have to move quite quick. It is rather more a young person’s game. Now, I have a dinghy which is much more ‘polite’ shall we say. It’s a lovely one for taking small children out and teaching them to sail and all that sort of thing.”

“My first visit to the Broads would have been in 1982, I was 14-years-old at the time. It was a Young Ornithologist’s Club holiday - we stayed in Sheringham and it cost £97. I paid half out of my pocket money and my mum and dad paid the other half. It took us about eight hours to drive from Devon. As soon as I set foot on the Cley Reserve, I said it to my mum and dad; “I want to live there, I want to work there”. It was hook, line and sinker. Eight years later, that’s exactly what I did. I ended-up working on the Norfolk Wildlife Trust Reserve.”

“Eel numbers are really, really low. You just don’t see eels. Tony, one of the landowners, he owns land next to Carlton, and he has known the marshes for eighty-something years. He can recall seeing elvers crawling over the concrete wall where the internal drainage board pump is – he says you couldn’t walk there because it was just covered in little baby eels”.

“You have got to think of it like the beating of a heart. At the moment, we are at the end of a warm period, and it will continue to warm up before it gets colder again. The deserts grow, everything marches northwards - the trees, the vegetation, the mosses, the lichens, the reeds - everybody has to move northwards. And then, as the Ice Age comes, everything has to move South again. Everything goes back down to the Tropics, and the Sahara becomes a Savannah with rivers and lakes. Where we are will become wind-blasted, glacial plains with the ice grinding away on the Cromer reach”.

Karen Goddard is an Independent Creative Practitioner. She worked for Eastern Angles from 2007 – 2018 and is now working on Booming Voices as a freelance researcher and producer. Booming Voices is part of the Broads Authority’s Water, Mills & Marshes project is supported by the Heritage Fund.