What made you apply to the Young Writers Group?

I was working at Metal in Peterborough and Eastern Angles worked in the office upstairs, I wanted to strengthen my storytelling skills and I’d heard really positive things from a friend who’d been part of the previous cohort of writers. During Peterborough Pride 2019 I’d also attended an EA workshop at The Undercroft and was really impressed that they were organising such exciting training events for creatives in Peterborough.

What previous experience of playwriting have you had, if any?

My first experience of playwriting was the workshop mentioned above and writing the extract to submit alongside my application for the young writers group, it was the same idea that I ended up developing for the final script. I did have experience writing for other mediums including: lyrics, poetry, articles, radio, academic writing and short stories; but playwriting was a whole new mode of storytelling for me

"Scott was extremely supportive throughout, his feedback and suggestions helped guide me through the process"

What was your journey like as a member of the YWG?

Very positive, it was the first time since leaving my MA that I had regular deadlines to meet for a written project, and the only time I’ve been around so many writers. The sessions and workshops were so fascinating; I feel like I’ve learnt so much about writing a script and most importantly, about redrafting, which is such a key skill! Scott was extremely supportive throughout, his feedback and suggestions helped guide me through the process at times when I thought I was exhausting the idea or not making headway with the script, so I’m really grateful for how generous he was with his knowledge and opinions.

What was your final script about?

The story follows a young woman in the eighteenth-century Fenland named Belladonna. When she finds herself collaborating with a young scholar from Cambridge her life is thrown into lycanthropic chaos. Whilst he comes from a world of artifice, Belladonna navigates an earthy and arcane existence. Though both delight in knowledge, she is by no means anchored to the temporal. The young scholar, desirous to record the world within his notebook cataloguing its mysteries meticulously, inadvertently attempts to take ownership of her story. His strict protestant sensibilities become affronted when he begins to undertake antiquarian detective work to investigate the significance of a curious boxwood casket; all the while, recurring Gnostic and Hermetic undertones become a source of conflict, when he begins to doubt Belladonna’s morality  favour turns to fear as the ominous night of the Dog Star Harvest approaches. 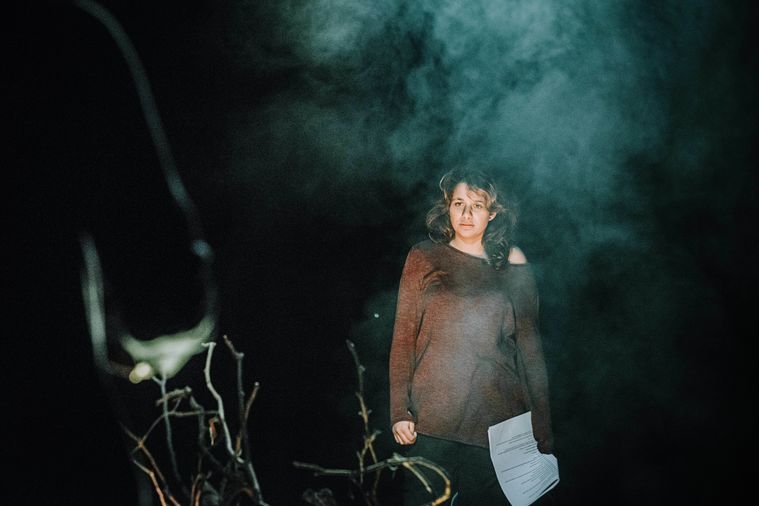 What inspired the idea for your play?

Whilst living in the Fenland village of Thorney I came across the obscure legend of Old Mother Nightshade of Gedney, a lycanthropic witch who was driven from her isolated dwelling by local villagers. Though the archetype of the wolf makes itself known in this part of the world time and time again, the myth of The Black Shuck, Hereward the Wake and St Peters Wolf, The Werewolf of Dogdyke, and The Southery Wolf-Hound all lack the intrigue of Old Mother Nightshade; who prescribes sweetmeats, denies she has the evil eye and lives with a caged jackdaw at her window. But the one-dimensional relaying of her tale led me to question the lack of depth attributed to folkloric figures, especially those depicted as living on the margins of their communities. Avidly searching for more mentions of her, I found only one alternative source which included but few variations. Imagining the situations that led to her unfortunate lot I began to construct a picture of her youth, of the girl Belladonna, not yet plagued by her fate, not yet branded with the name of her persecutors choosing.

How did you develop your idea for your final script?

Rather than use the Fenland as simply a backdrop I wanted to articulate my insights into the aftermath of drainage gained from my time living on a former island there. I spent a lot of time reading books on folklore and local history, watching and listening to examples of fenland dialect, as well as referring to other sources including journals like Fenland Notes & Queries. I chose to write dialogue in vernacular dialect throughout as a vehicle to highlight the intangible heritage of the Fens.

Redrafting and rethinking the plot throughout helped the idea to develop in a way that felt authentic and not forced; which was something that I’d previously had difficulty with when trying to write stories in the past. I ended up writing a full length script, of which a 10-15 minute extract was performed at the Signal Fires event in October.

"It was incredible to see the actors embody the characters"

What was it like seeing your work performed by actors?

After working on the play for what felt like a very long time, from writing the extract to sending over the final draft, it was incredible to see the actors embody the characters. It felt like I was watching a memory play out in-front of me, or like I was observing old friends.

If you could give any advice to someone thinking of applying to the next cohort of YWG, what would that be?

Read Aristotle's Poetics ASAP (I wish I’d read it much sooner) and be sure to choose a subject for your play that really sustains you, because you’re going to be spending a lot of time writing about it and it needs to be something that will stimulate you throughout 100%. It’s a fantastic programme to be a part of and a great way to learn a new skillset or to polish up your writing. Also, having structure and tasks to attend to and focus on was something I really welcomed during lockdown, so if that’s something that would help you and your practice, I’d really urge you to consider applying for this group.