Order The Strange Undoing of Prudencia Hart CD - featuring traditional Scottish tunes and original compositions from the show. CDs are £10 and can be ordered by ringing Box Office on 01473 211498 (Mon-Fri, 10am-2pm).

Inventive and entertaining...the production is one of huge energy and warmth.

A wild tapestry of Scottish folk music and rhyming couplets, Karaoke and hip-hop, held together with some splendid guitar, fiddle, bodhran and djembe playing. Highly recommended.

A rollicking good night's entertainment. Well presented, produced and performed. Go as I did without perceptions, let yourself be drawn in, and you will find yourself saying in years to come "Do you remember the night we went to see Pru?" You will then chuckle at the memory.

Catch it if you can! A great evening of unique entertainment by a highly creative company who never disappoint.

It’s done with brio and humour and real shivers, a production Scotland would be proud of and Eastern Angles should be.

Hal Chambers' direction keeps us enthralled...and the music is excellent

Venture across the wintry Scottish Borders for Eastern Angles’s next spring tour show – The Strange Undoing of Prudencia Hart by David Greig.

Follow Prudencia – an academic on her way to attend a conference in Kelso. As snow starts to fall, she begins a mystical adventure of self-discovery accompanied by plenty of folky musical moments. The strange and beautiful Scottish tale is told by four mischievous storytellers. Sometimes they speak in boombastic rhyming verse, sometimes through beguiling traditional folk songs, which will set your toes tapping and your heart racing!

Originally produced by National Theatre of Scotland in 2011, Eastern Angles' production will tour across the East from 15th March starting at the John Peel Centre in Stowmarket.

“Having directed Eastern Angles production of Ragnarok at the Hush House in 2014, I will once again be bringing a few visual surprises to the good people of Suffolk! I am working with Bek Palmer (a designer who has a daringly dark imagination and brilliant mask and puppet designs) to bring you a night of spine-tingling shocks and tantalising thrills. Get yourself a drink, pull up a seat and enjoy the unforgettable experience of The Strange Undoing of Prudencia Hart!”

The Strange Undoing of Prudencia Hart is sponsored by: 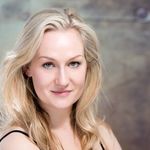 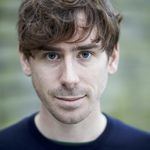 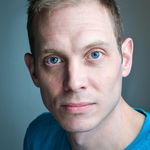 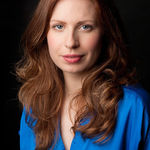