Once Upon A Lifetime

"I keep on telling them the story of my life. That's all part and parcel of being a family. It's your history. Otherwise, they don't know who they are, where they belong, who they belong to.

If you don't pass things on, then what have they got? Photo albums. Tattered old photos with forgotten faces. No names. No stories..."

Sid & Hettie takes the audience from the 1920s through the war, the peace, the 1950s and all the way to the present day through the eyes of the central characters Sid and Hettie, as well as a multitude of other characters, all played by just two actors. It is a beautiful, heart-warming tale of people living their ordinary lives through happy and difficult times that is recognisable by all.

In 2014 we interviewed over 70 elders in sheltered accomodation across Suffolk about the memories of their lives.Using the real words of the people involved we have created a moving love story for the older generation.

In partnership with Orwell Housing Association.

Sid & Hettie will be showing at the Sir John Mills Theatre before touring to schools and care homes across Suffolk.

This production of Sid & Hettie is a revival of Once Upon A Lifetime in 2014.

"What made the audience cry and cheer so much at the end? Something to do with the dignity of ordinary life acted out on the stage with skill, passion and commitment." 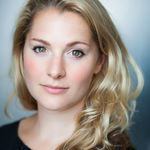 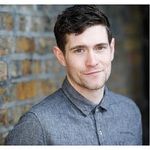