In this two hour workshop we will look at the basics of creating an idea for a new short play: Character, Action, Location and Time. Through discussion and writing exercises participants will leave with a sense of how to create characters and how to write a scene.

Part of the workshop discussion will focus on bisexual+ representation on stage (or lack of it), and how we can create dramatic conflict without having to rely on antagonism around a character's sexuality, or resorting to many of the harmful stereotypes often used when depicting bisexual characters.

Anyone under the bi+ umbrella, and allies wishing to learn, are welcome to attend this workshop.

Workshop participants will also be eligible for a £2 concession from Sadie's show Algorithms which is on at 6pm on the same day.

After graduating from UEA with a 1st in Natural Science Sadie trained as an actor with Fourth Monkey Theatre Company. She has since worked with Camden People’s Theatre, Theatre Delicatessen, Colchester Mercury Theatre, Above the Arts Theatre, Tristan Bates, Pleasance & Soho Theatre. Sadie is Artistic Director of About Wolves Theatre Company, dedicated to producing new writing that challenges stereotypes in the stories they tell.

Sadie was previously amember of the Soho Theatre Young Company on their Writers’ Lab. Her debut full-length play ‘Algorithms’, conceived & written on Soho's Writers' Lab, was long-listed for the Tony Craze Award, previewed as part of the Soho Rising Festival at Soho Theatre to sold-out audiences last December and will be heading to the Edinburgh Fringe Festival this summer after further previews around the UK. Sadie was also long-listed for the 4Stories new-talent initiative commissioned by Channel 4 at the end of last year. 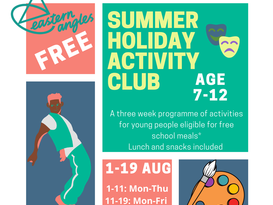 Join us this August to explore, move and create at Holiday Club! 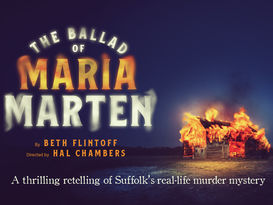 The learning resources for The Ballad of Maria Marten 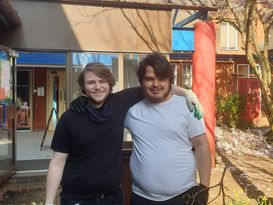 We caught up with Ed and Marc to hear about their first week with us...