An access code will be sent out 24 hours prior to the event.

These two outstanding debut novelsThe Prophets by Robert Jones Jr and The Final Revival of OPAL & NEV Dawnie Walton are wildly different in plot. However both deal with systemic racism and sexism, freedom of expression, acts of violence and redemption, class and the power that comes with this.

Growing up, Dawnie Walton didn’t see herself represented in any of the music she was listening to, there were no black girls in her alternative or rock and roll songs so she wrote the character she would have looked up to and emulated – Opal Jewel. The Final Revival of OPAL & NEV  is an explosive debut, recreating the dramatic career of a fictional music partnership and bringing 1970s New York and Paris to vivid life.

Through all of his extensive reading Robert couldn’t find the figure of the queer black man. In The Prophets, with lyricism reminiscent of Toni Morrison, Robert Jones Jr tells an unflinching story of a forbidden union between two enslaved men in America’s deep south. 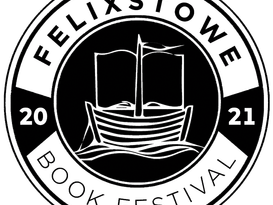