Marc: Our first week here at Eastern Angles through the Kickstarter Scheme was an absolute blast – meeting the team, trying new things and exploring Ipswich has been incredible! Together with Ed, our other Kickstarter, I had a great time over the week.

Ed: On Monday the first thing I did was meet Jon and Jess who I had previously met in my interview. They introduced me to the other Kickstarter I would be working with - Marc. Jon and Jess then took us on a tour of the building, introducing me and Marc to the other staff. On this tour Jon spoke about some of the things me and Marc would be doing in the future and also spoke about how parts of the building are booked and used by the community.

Marc: I loved seeing all the different displays and posters around the halls and rooms, especially the posters in the bar, I wish I’d have been able to watch some of them! Afterwards, we came back to the office to get ourselves signed into the Eastern Angles computers and emails.

Ed: Back in the office Jess asked us to think of the goals we would like to achieve and what we would like to learn during our time here. Then after that we went through the Eastern Angles staff handbook and our first day was over!

Ed: On Tuesday, I joined the Eastern Angles Community Gardening Club. My first job was to rake up all the leaves and litter then put them in the right bins to tidy up the Centre's outside space. We spent the afternoon getting the theatre ready for the performance at the weekend.

Marc: Firstly, Ed cleaned the coffee machine and disinfected all the surfaces around the bar while I date checked, rotated the stock from the bar and stockroom and filled the fridge. I had previous experience in retail, so it made the job much easier. After that, we turned our attention to the theatre where I numbered the seats and lettered the rows, while Ed swept and mopped the floor.

Ed: On Wednesday, my first job was to clean up the bar. This included spraying and wiping down surfaces around the bar and cleaning out the coffee machines, so that the bar was ready to be used.

Marc: A local volunteer came to trim the magnolia tree to prevent the flowers blocking the drains, so me and Ed helped clear up the remains in the garden and move the branches into his van. It was a sunny day, and afterwards we all had some well-earned ice cream while enjoying the lovely weather. It almost felt like summer!

Marc: Thursday we were tasked with turning the mezzanine into a changing room ready for Saturday. We boxed up all the files and moved them out into other rooms, dismantled the shelves and moved them out, hoovered and cleaned the floor and surfaces, and furnished the room with chairs and tables. Afterwards, we came back to the office and completed a skills audit on the laptops and set ourselves targets to accomplish over the next 6 months that we’ll be working here at Eastern Angles. One of my targets was to push myself to experience new things, and so I jumped at the opportunity to come volunteer to help out on Saturday night!

Ed: After spending the morning working on the new changing rooms with Marc, in the afternoon I answered skill builder questions on the laptop and used the information to fill out the Kickstart journey diary.

Saturday night the theatre was showing Macbeth, or “The Scottish Play” and I came to guide and greet people as they arrived. I ticked people’s names who had arrived and already bought tickets and directed people to Jon if they needed to buy tickets at the door. The performance was great, and the atmosphere was amazing that night – what a way to end the week!

I have really enjoyed my first week with Eastern angles and I'm looking forward to what’s to come!

Meeting everyone and getting a behind-the-curtain look at the operations at Eastern Angles has been very interesting, this week has been an amazing experience, and I’m super excited for the many more weeks to come! What an opening act to our time here! 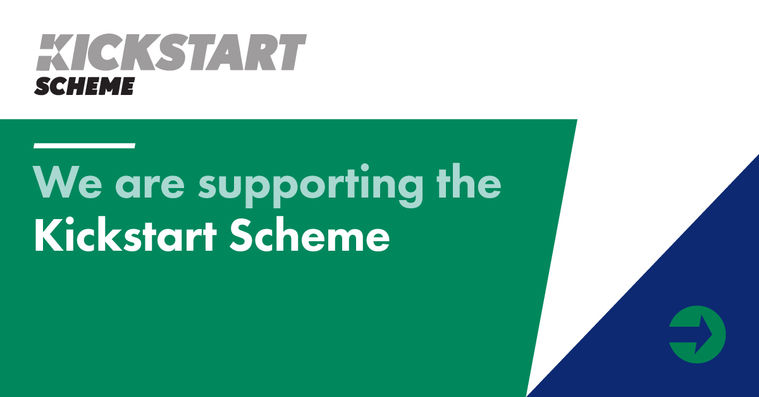