Eastern Angles run a membership scheme known as the Copperfield Supporters. Copperfielders donate money either annually or monthly and have previously supported our Spring tour to small scale venues. As we embark on a new chapter, opening up the Eastern Angles Centre, and connecting more deeply with out local community the support of the Copperfielders is now ever more prevalent.

From December 2020, the Copperfield Membership is changing. If you purchased a membership before December 2020 then you will remain paying the amount you signed up to and we'll be in touch to move you over to auto-renew.

There are three tiers to the Copperfield Membership:

To become a Copperfielder, you can sign up online or contact our Engagement Manager via email or phone: 01473 218202. 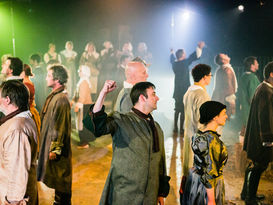 From volunteering to hosting a show, there are many ways to get involved with Eastern Angles. 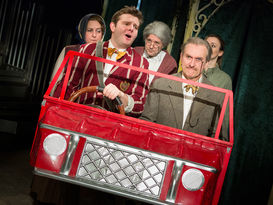 Plan your next theatre trip with us. 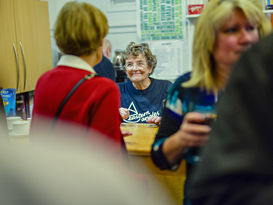 You could be behind the bar, tearing tickets and selling ice creams at our next performance.