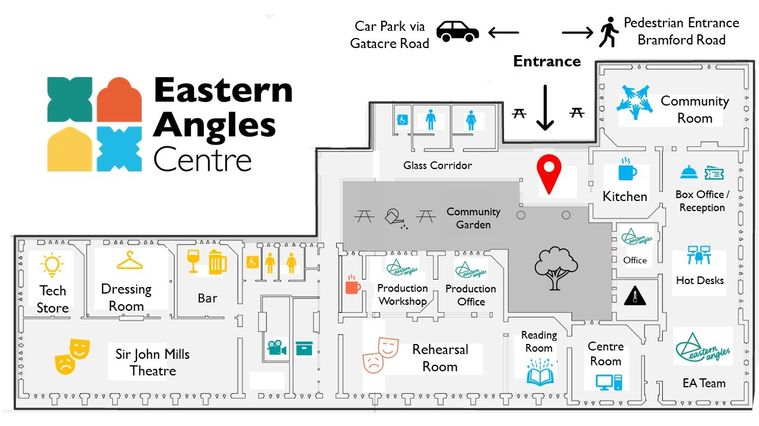 The Eastern Angles Centre is home to the Ipswich-based Eastern Angles team as well as our Sir John Mills Theatre space. Originally a Victorian primary school, we have developed the building into an Arts and Heritage Hub for the people of West Ipswich.

The Eastern Angles Centre is a community building with rooms available to hire for local organisations to hold events and meetings - we are currently home to Inside Out Community,   Ipswich Reggae Choir and South Street Moves (Ipswich Community Media).

If you ever need to collect or book tickets in person, this is also where our Box Office is located. We have a free car park behind the building (accessible via Gatacre Road) and a pedestrian entrance on Bramford Road. 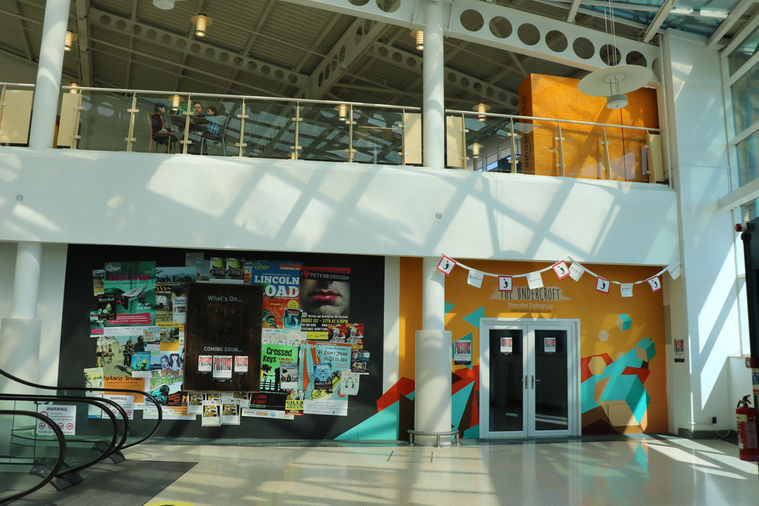 The Undercroft is our pop-up theatre in Peterborough. The venue is located at Serpentine Green Shopping Centre. The Undercroft is a vibrant space for community groups, drama workshops, theatrical shows, live podcasts and cabaret nights. The venue has a studio space for performances, a large Front of House area, which can also be used for exhibits, and a rehearsal space for workshops. Since 2018, Korp has become the resident artist at The Undercroft, with his Studio 4, hosting paint jams and workshops. Follow the venue on Twitter & Facebook.