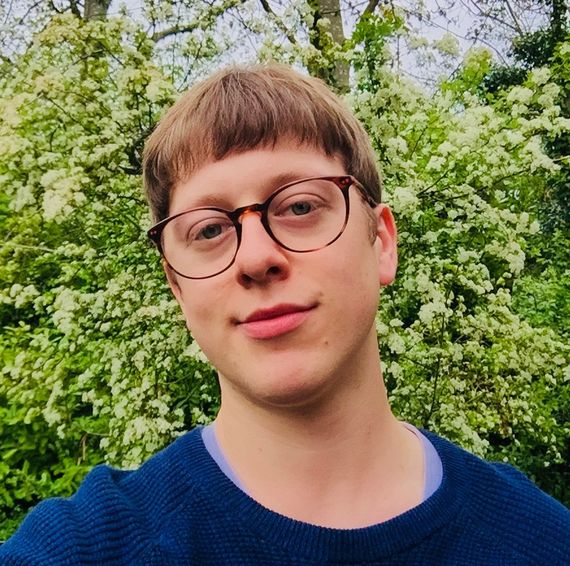 My journey as a writer started during my time in education. Both at College and University I’d quite often choose to be scriptwriter for the majority of short films that I produced. Relishing the opportunity to transform a room full of ideas into a fully fleshed out 10 – 30 minute narrative.

I could feel my writing abilities coming into fruition when I worked on my final short film, The Fantastic (2015) at University. I really connected with each character on an emotional level; I understood their goals, how the characters would set about achieving those goals and what their motives were for each scene. The film later went on to win a LUMAS award for Best Graduate Short in 2016.

During my time working for Children’s BBC, I pitched a TV show with a full outline or breakdown of the narrative events that would take place episode by episode alongside character profiles. Despite an initial rejection this only encouraged me to pursue writing further – I’d later submit a script purposely written for a Channel 4 scriptwriting scheme.

In early 2018, I wrote a five-minute short entitled 02:02AM for a London based independent film company. The script brief required there to be only one character and one setting, a challenge that I very much enjoyed taking on. Unfortunately, I was faced with yet another rejection.

However, as a result of writing 02:02AM I later applied for Eastern Angles Young Writers Group, realising that I could expand my writing career into theatre. Knowing that I’d be with a group of hopefully like-minded individuals, I wanted to move away from everything I already knew and access my full potential as a writer, engaging with the challenge of a thirty minute theatre piece.

What is the thing that inspires you most when writing a new piece of work? (e.g image, overheard conversation, theme, character

The image behind Boy In Red that inspired the narrative came from a real life situation that I observed whilst away on holiday in Rome. I made a mental note of both the moment and setting, later bringing it to life with a ray of different characters for Eastern Angles.

I’m a visual learner, so in terms of inspiration it’s usually images or locations that bring about a story – 02:02AM was taken from a real life experience of being trapped on a motorway when the ‘Beast from the East’ struck. I was quite lucky with my time spent in Rome too.

However my writing can also be influenced by how I’m feeling at a certain time. If I choose an unhappy ending for my characters, it might be because I’m drawing upon an experience that I’ve had in real life – taking what I’ve learned and fusing that into the narrative.

I’ve also had my fair share of moments where I’ve subconsciously written dialogue that’s been taken from conversations family or friends have had with me. Sometimes their experiences can also affect what I write, I end up taking on board what they’ve said and I dissect it to create a scene or use that information to work out which theme I can use in a narrative.

Inspiration can also occur with a character’s voice breaking through to me. I’ll attempt to interpret what the character is saying and break down all the important information that’s needed to create a profile. Dylan was one such character who fitted the narrative for Boy In Red quite quickly. I knew roughly what he wanted and the ways in which he’d go about to achieve that result. It helped that Dylan fitted the location of the story quite nicely to.

Who are the writers that inspire you?

The TV writers who inspire me are:

Each of the TV writers above have inspired me or helped influenced my work in some way over the years, from writing ghost stories in College to writing a modern day comedy-drama or ‘dramedy’ play for Eastern Angles. It was also because of writers such as Russell T. Davies (who I later met in person) that I learned how to write scripts for TV, carefully adapting those techniques to Film and continuing to actively pursue a career as a writer despite the initial set backs.

Russell also gave me some incredibly helpful and encouraging advice for writing and set me my first writing deadline post University, which I did keep to.

Being a member of the Eastern Angles Young Writers Group I feel has given me back my purpose as a writer. Over the course of eight months I’ve learned new writing techniques, created characters, planned an entire world in which these characters exist and then written a 30-minute play based on that information.

Writing with Eastern Angles has also meant that I’ve been able to watch a live performance, meet an already established theatre writer and gain a better understanding on the style of writing that’s adopted for the stage compared to that of film.

Being apart of the EA Young Writers Group has also given me the opportunity to meet with fellow young emerging writers. I’ve really enjoyed spending time working alongside them, giving feedback or constructive criticism where it’s due and attending a script read through where each narrative was unveiled to the group.

It’s understandable that the process of unveiling your work when it’s still raw to a group can be daunting. But I really do feel that each of the other writers in the group have been supportive, we all want to see our plays do the best that they can – given any limitations we have either inside or outside of the narrative.

Without giving to much away could you tell us about the play you are developing for the Young Writers Showcase?

Boy In Red is set in Rome and follows main protagonist Dylan as he objectifies his crush and continues to argue with his friend. That’s the play in a nutshell without dropping any spoilers or giving too much away!

What I will say is that there’s a healthy mixture of comedy and drama that features through out the play and that Dylan as a character wears his relatable flaws for all to see. I’ve really enjoyed writing for all of the characters and developing the narrative over time, despite some of the initial struggles I have had through out each draft.

I am however very proud as a playwright to have worked with Eastern Angles, I’m very much looking forward to watching the end result to and meeting Dylan in the flesh.

Boy, you have some problems that need sorting out! 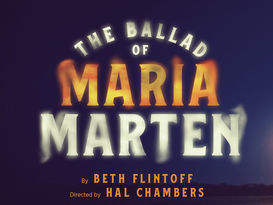 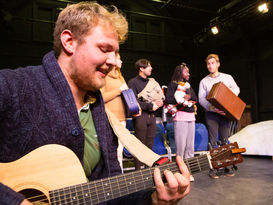